As a reliable, quick-turn supplier,we focus on offering the ceramic parts manufacturing service including Silicon nitride ceramic parts. Our unmatched in-house capacity ensures your parts are delivery on-time, every single time. As for Sundi, Whatever low or mass volume production ,our machined parts will be process with top quality level, our manufacturing abilities for Silicon nitride ceramic mainly includes:

Grinding can be used to machine various structural characteristics Alumina ceramic parts with complex structure according to different characteristics.

Silicon Nitride are widely used in auto,medical industry for its lower friction with special self-lubricating property.

Working for the high demands in the jointing methods,it has good thermal shock resistance,low coefficient of thermal expansion. 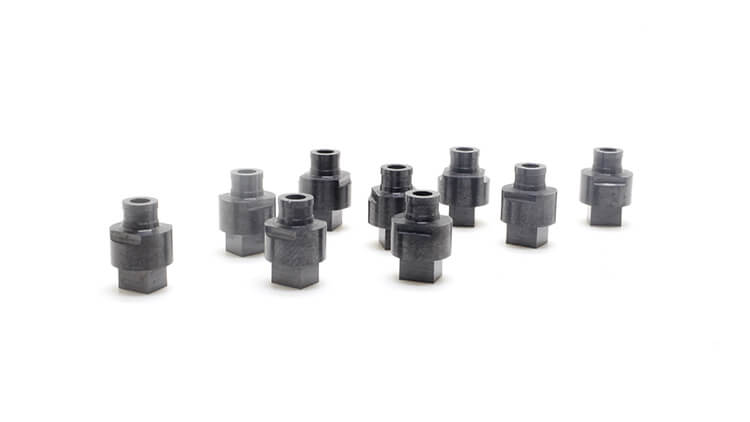 Sundi Tools has decades years of experience in designing and manufacturing precision metal components with initial on-site consultation, Contact our sales team,you will get a quick reply.
Contact Now

ilicon nitride  ceramics began in the 1960s ,it is a kind of inorganic substance, chemical formula Si3N4. It is an important structural ceramic material with higher hardness, good lubrication and wear resistance.And it has great cold and hot shock resistance,when Silicon nitride is heated to more than 1000℃ in the air, it couldn’t break even sharp cooling and then sharp heating.

Precision ball is an important component in roundness meter, gyro, bearing and precision measurements,and It plays a very important role in precision equipment and precision machining as the benchmark of precision measurements. At present, the precision ball is mainly made of metal materials, but there are some problems such as poor wear resistance and large deformation affected by temperature.however,the ceramic ball are welcome because of its light weight, high hardness, wear resistance, high temperature resistance, corrosion resistance, thermal expansion coefficient and other advantages, Silicon carbide ceramic ball has been widely used in precision bearings and other parts.

Silicon carbide hardness is very large which can be made to the grinding wheels, sandpaper and abrasive,they are mainly used in machining industry. The hardness of silicon carbide is 9.2 ~ 9.6, second only to diamond and boron carbide, and it is a common abrasive.

Due to the inherent brittleness of ceramic materials, it limits the development in aerospace and other high-tech fields, so much attention is paid to the study of toughening silicon carbide materials. By using sic braided toughening, not only improve the toughness of ceramic materials, but also the strength and modulus of materials in different degrees. Silicon carbide matrix composites have been widely used in high temperature thermal structure in aerospace field due to their high toughness, high strength and excellent oxidation resistance.

Learn More About Our Precision Components